Supporting traditional old-time American music and dance in the UK

​Friends of American Old-Time Music and Dance (FOAOTMAD for short!) was founded in 1993 with the aim of furthering the promotion and performance of traditional old-time music and dance in the UK. We organise regular music camps, residential workshops, dance parties and support for many other formal and informal old-time events. We have a proud history of encouraging and supporting the best artists from American, Canada, UK and Europe during their visits to the UK.

So what is old-time?

Old-time is the term which is used to describe the traditional folk music of the Appalachian Mountains in the USA. Its roots are partly with the settlers from the British Isles, particularly the Irish and Scottish who took their  tunes, songs and dances with them and partly with the Black African slave community who introduced their own instrument, the banjo to the mix.

It's impossible to sum up the complete historical background of old-time music in a single paragraph, so if you want to study the topic in greater detail, please visit our historical links page to get started.

Fiddle music when combined with the banjo and some other, mostly stringed instruments, became over time what we now know as American old-time music. It developed very much as dance music but includes British ballads, as well as many American originals including gospel, ragtime and blues.  What is lost from the British imported tunes are instruments such as the concertina, drums and whistles, which are rarely used.
Play this video to hear an example of the old-time song "June Apple", played here by The Firecrackers

The term old-time is also applied to the later commercialisation of this music when recording came into use, sometimes referred to as Hillbilly Music. It is one of the main roots from which Country and Bluegrass music later emerged. 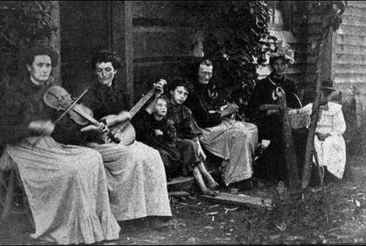 There are two main dance styles associated with American old-time music: “flatfooting” which is usually a solo style and “clogging” which is often performed by teams. For more information see our DANCE page. 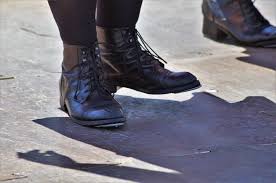 Since its inception in 1993, FOAOTMAD has organised a major festival every February in Gainsborough. With a superb line-up of leading performers from America, Canada, Europe and the UK, the weekend includes concerts, Appalachian dancing, harmony singing and workshops for beginners and intermediate players of fiddle, banjo, guitar and mandolin. This popular event has become Europe's biggest and best old-time festival. To find out more, go to our FESTIVAL page..

FOAOTMAD Event and Blog Email
To stay updated with all that’s happening with old-time sessions, concerts, dances and other events you can sign up for our FOAOTMAD event email here.