After missing two years, we are pleased to confirm that the 27th festival will go ahead in February 2023.

As with previous festivals we will have evening concerts, workshops, and competitions.
We have a good line-up of acts from both the USA and the UK, and everything is in place to ensure that the festival should go ahead as smoothly as ever.

Full details and tickets are now available on our dedicated festival website.
​
It is planned to hold the 2023 AGM during the festival weekend. Early in the new year, details of the meeting and committee member reports will be sent out by email direct to members, as well as being published on our website.

The previous Friends of American Old Time Music and Dance’s music festival took place over three days in 2020, starting on Friday evening, 14 February and finishing at lunchtime on Monday 17 February. ​If you were there then hopefully you had a great time.
Click this link to watch highlights of the 2020 concerts.
Click this link to listen to Ian Rattray's podcast, which includes interviews with four of our American performers: Emily Schaad, Travis Stuart, Hilarie Burhans, and Ivy and David Sheppard.

​For more general information and history of the festival, please read on....

Following the formation of FOAOTMAD in 1993 the first annual festival, originally referred to as a "gathering", was held over a February weekend in 1995, in Gainsborough, Lincolnshire; home of the late Keith Johnson, founder of the organisation. From small beginnings it has grown into an event that is now widely recognised as the biggest and best American  old-time music event in Europe. It brings together a superb line up of leading performers from America, Canada, Europe and the UK.

Currently held in the Queen Elizabeth’s High School in Gainsborough, a venue suitable for the large number of attendees, it takes place at the start of the school’s half term holiday in February, beginning on the Friday evening and ending early on the Sunday afternoon. Both indoor and outdoor camping are available at the school, and there is a choice of local accommodation for non-campers. 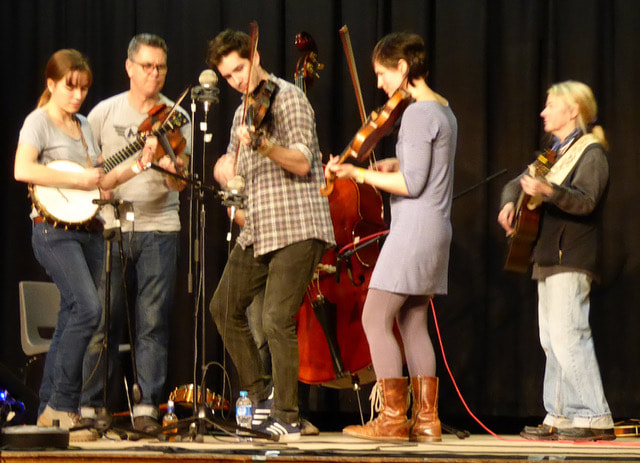 The weekend usually consists of concerts on the Friday and Saturday evenings featuring all the artists. During the day there are various workshops with subjects ranging from beginners to advanced playing of a range of old-time instruments, harmony singing and singing techniques, Appalachian clogging, beginners flat-footing, writing tunes, slow jam sessions and many, many more.  For those not booked for the festival there is also the chance to perform in the open mic concert or play in the many informal sessions that can be found around the school during the day, and if you are so inclined you can also join the late-night sessions that start after the concerts have ended. 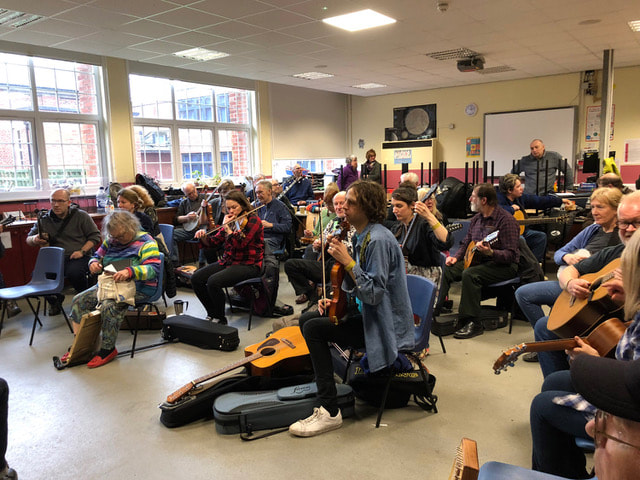 One of Keith’s original aims was to bring old-time musicians from the USA to the UK, and this is something that has been continued ever since.  In recent years bands such as Red Dog Run, Uncle Henry’s Favourites, Sunny Mountain Serenaders and the Bigfoot Stringband have all appeared.  Other musicians such as Jason and Pharis Romero, Howard Rains and Tricia Spencer, Erynn Marshall and Carl Jones and Evie and Keith Ladin plus many singers, bands and dancers from the UK and Europe, have also graced the stage at the festival. 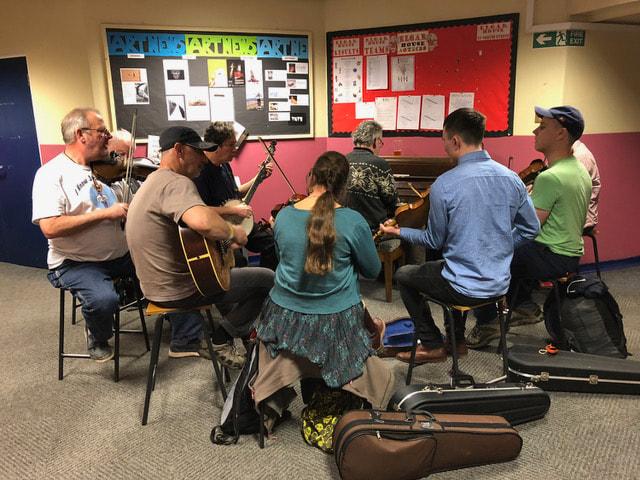 ​The festival gives our members the opportunity to meet up with friends, to sit and play or sing together and, as has happened in the past, form new bands.  We also give instrument makers etc. the opportunity to display their products, and of course the festival is a good place to purchase both old and newly released CD’s from the various artists appearing. ​
Powered by